Bruce Willis has dismissed reports he is dating Drew Barrymore. The actor insisted just because he gave his friend a kiss doesn’t mean they are romantically involved. 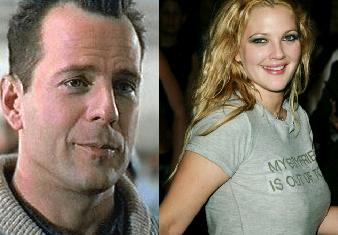 The Die Hard star was spotted kissing Barrymore at a recent social event. He revealed, “Drew and I are old friends. I hadn’t seen her for a long time, and I gave her a kiss. There were other things going on in the room that night that weren’t reported, things far racier than my giving Drew a kiss.”

The actor added, “If it’s against the law to kiss a beautiful actress who is a friend of mine, then lock me up and take me to the gulag (prison camp). I’m a single guy, and I’m having a hard enough time in the world of romance without somebody giving me s**t for kissing Drew.”