Cameron Diaz, a Hollywood actress, was so obsessed with “Raiders of the Lost Ark” as a child she watched it over and over again every day. 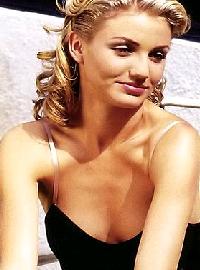 The “Shrek The Third” actress loved the 1981 action movie about intrepid archaeologist Indiana Jones, and genuinely believed her life would turn out to be just as exciting as his.

She remembers, “When I was younger, I used to watch it every day, and sometimes even twice a day.”

She added, “That was how I thought people lived their lives – traveling and having adventures.”

The actress is looking forward to the fourth Indiana Jones film, saying, “I can’t wait.”