Cameron Diaz’s romance with John Meyer seems to be off since she’s going on a romantic holiday with Jude Law. 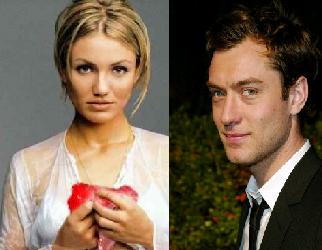 The pair, who played opposite each other in “The Holiday”, is heading to a beachfront villa in Oahu, Hawaii for two weeks together.

A source revealed, “Jude and Cameron went on a few dates in Los Angeles earlier this summer. Then he went back to England and she dated a few other men, including Jessica Simpson’s ex, John Mayer.”

A source added, “But it is Jude she really likes and she is excited about spending a whole week with him. It’s a chance for them to get to know each other to see if they want to get together. When he visited her in LA, it was difficult because they got attention wherever they went. She’d definitely like to make it work with Jude.”