Cameron Diaz, a Hollywood actress, got a new fun record in Hollywood yesterday by running up and down Hollywood Boulevard touching fans on the head. The actress did not mind the possible threats of getting mobbed to play TV challenge “Touch The Head” for the Jimmy Kimmel Live show, which aired recently. 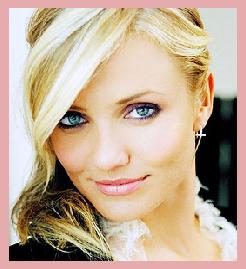 After the host managed to touch just 22 heads of tourists and shoppers in 30 seconds, Cameron Diaz dashed around and scored 48 pats. The figure beat the previous record of 46, set by two-man team Tenacious D on a previous show.

Giggling about her feat on the show, the actress accepted she had an unfair advantage over the host. The actress explained, “We really need to do fair rules next time because I’m more famous than you are, so I brought a bigger crowd, so we should hide me next time in the rematch.”