Cardi B threw one of her shoes at Nicki Minaj at a New York Fashion Week party on a Friday night. 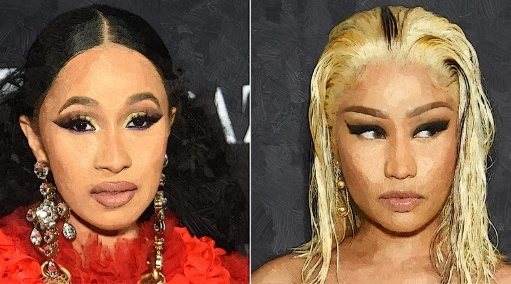 The two music celebrities both showed up at the Harper’s Bazaar’s bash. It is reported that Nicki was with her crew at a table while Cardi “aggressively approached the table.” The “Cheap Ass Weave” singer lunged toward the “Anaconda” singer after saying, “Let me tell you something.” Fortunately, the security stopped her inches from contact. The American rapper pulled off her shoe and threw it at her opponent. It is good that Nickie kept her cool and she didn’t even flinch. Cardi was escorted out by security, and she left the building with one shoe on her foot. As the brawl happened, Christina Aguilera was performing inside the party where guests included Kendall Jenner, Gigi and Bella Hadid and Christie Brinkley. Meanwhile, the complicated relationship between Cardi B and Minaj could be traced back to 2017 when they began taking digs at one another in their various songs, social media posts and interviews.