Catherine Zeta-Jones insists she has no problem stripping off on screen, and is just waiting for the right role to come along. 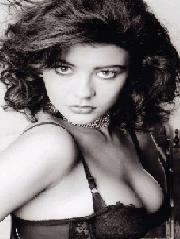 The 37-year-old actress revealed, “Nudity just isn’t a big deal for me. The reason I haven’t done it so far is because I’ve never had a script that justices it come my way.”

The Welsh actress, who plays a chef in new film “No Reservations”, admits she is surprised when people describe her as a sex symbol.

“The Legend of Zorro” star insists she isn’t glamorous and prefers playing normal characters. It is because she doesn’t have to spend hours in make-up.

She added, “I don’t think I’m beautiful. I’ve never said that I am. A lot of the characters I’ve played are glamorous, but understated roles suit me better. Whenever I hear that my character is supposed to be beautiful and glam, I think, ‘Oh God, that means two-and-a-half hours in make-up to make me look the part.”