Charlie Sheen tweeted his cellphone number by mistake when he tried to send direct message Justin Bieber to call him. 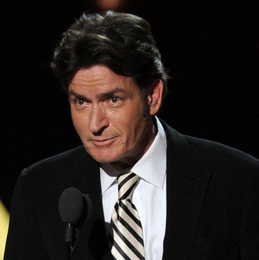 The actor, who was having dinner at Michelin-starred restaurant Guy Savoy in Vegas last week, send a message: “310-954-7277 Call me bro. C,” and his followers quickly retweeted the message. Then his cellphone was ringing wildly and received 1,800 text messages in minutes. But the Charlie saw the funny side and his response included “Ray’s Pizza” and “Winning.”