Charlie Sheen became the host of a new cooking show called “Winning Recipes,” where he prepares his meals by willing them into existence. 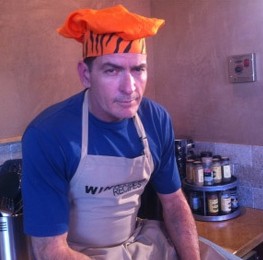 In the skit, which made fun of the actor’s firing from “Two and a Half Men, also includes to several of his former films. The script was written by former Saturday Night Live writer and producer Adam McKay.