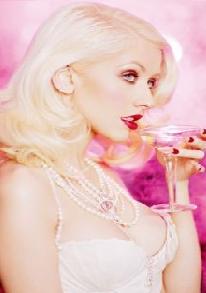 A source revealed, “The rumors about her are definitely true. She’s been telling friends. She has to be three months now, because she’s announcing it.”

Earlier this month, it was claimed Christina discovered she was nine weeks pregnant just days before Jordan turned 30 on June 4.

A source revealed at that time, “Jordan was blown away! He told her the baby was the greatest present ever! Christina’s always been maternal. There’s no doubt Christina will make a fabulous mother.”

On June 7, Christina and Jordan were seen leaving New York’s Maternal Fetal Medicine Association. The facility is known for its state-of-the-art ultrasounds and expertise in high-risk pregnancies. The singer was seen later that day with what appeared to be a baby bump.

The 26-year-old star married the music executive in the Nappa Valley on November 19, 2005.

Christina Aguilera revealed last year, “I’m going to do one more album and then consider settling down and having kids.”