Clark Gable, star of “Gone With The Wind”, never had an affair with Marilyn Monroe. It is because she smelled too much, according to a new biography. 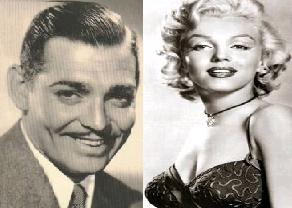 The pair both starred in the 1961 film “The Misfits”, and were often rumored to have a begun a steamy affair during the shoot.

However, the author of new book Clark Gable: Tormented star, David Bret, revealed, “(Gable was) not in the least amorously interested in Marilyn. In as much as he had a fetish for cleanliness, she could not have been less fastidious regarding her personal hygiene. She suffered from what today would be described as a form of irritable bowel syndrome.”