The socialite Paris Hilton claims to be a changed woman since being released from prison. However, the one thing that remains is her dislike for Lindsay Lohan. 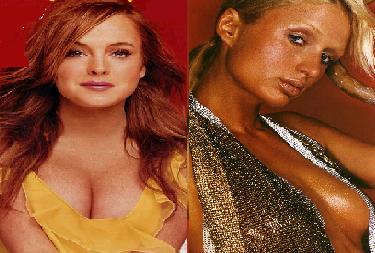 The two stars celebrated the 4th of July celebrations just houses away from each other on the Malibu beachfront. In the past, the pair have spoke ill of each other to the press and developed one of the worst bitch-fights in Hollywood.

Paris Hilton is renting a $2.9 million mansion in Malibu for the summer, which is just two doors down from the Polaroid Beach house – home to some big Young Hollywood parties and Lindsay’s chosen location for Independence Day.

Lindsay Lohan was given permission to be out of Promises rehab facility for the day. However, her appearance in such close proximity to her fame-rival caused discomfort for other revelers.

Paris Hilton stayed for only a few minutes before returning to her own house party to celebrate the day. Lindsay Lohan stayed well away from the former jailbird during her attendance. The paparazzi, however, captured the meet and greet on film.