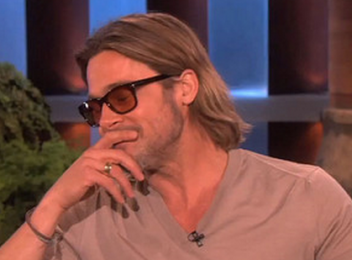 The guns, which are going to be used as props in “World War Z,” has not been properly disabled and some even contained live rounds. 85 weapons were seized by the authorities in Budapest and Brad wasn’t around during the raid. The publicist for the film dished that they are working with the authorities to resolve the issue and they didn’t have a comment at the moment.