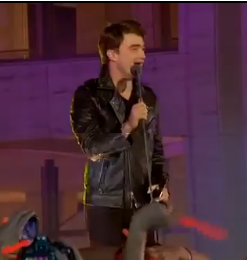 The 22-year-old actor proudly accept the award through recording from New York City. He thought the award is amazing and thanked fans on stage. Daniel also thanked everyone who watched the films over the ten years and who supported them. There are other awards won by his film, including Best Scream-Play, Best Fantasy Actor, Best Villain (Ralph Fiennes), Best F/X and Holy Sh** Scene of the Year.