Daniel Radcliffe and Anderson Cooper recently teamed up for a new project “How To Succeed in Business Without Really Trying”. 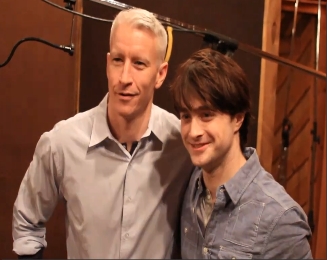 This will be a big Broadway debut for Anderson, who never expected to do something like this and was thrilled after he got the call. On the other hand, Daniel revealed that Anderson always stood out for him.

“How to Succeed in Business Without Really Trying” is a musical based on Sheperd Mead’s 1952 book of the same name and its revival starring the celebrity pair opens on Broadway on March 27.