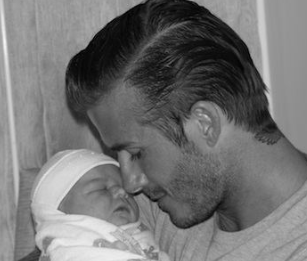 The soccer star posted a black-and-white photo showing Harper and Victoria Beckham were sleeping while doting father snapped the shot. In Victoria’s Twitter account,David cradles his newborn in his hands and poses with her, nose-to-nose, which includes “Daddy’s little girl.”