David Cook has totally earned that status of being a major hottie after winning “American Idol”. 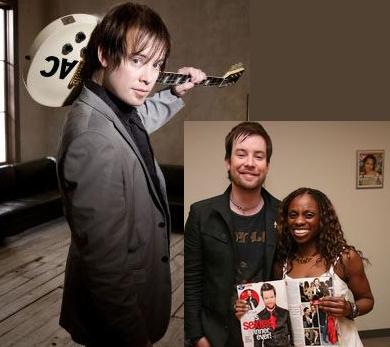 However, 25-year-old “American Idol” winner would never classify himself that way, saying, “I’m just a nerd who plays music who got lucky on a TV show.” He shared, “I’ve gotten a little bit of sleep.”

David Archuleta, who is “American Idol” runner-up revealed, “I learned so much from [David Cook], just as a person and as a musician as well.”

Syesha Mercado said, “David [Cook] is remarkable; he really takes the time to connect with his fans. I’m really happy for him.”

Here are some of the details of David Cook’s interview:

On the great support of his entire family during the “American Idol” finale, David Cook replied, “My brothers are my bookends. I don’t know if I would have been able to do this without either one of them. I’m happy to have my family be there for that, so I think from here on out, it’s just a matter of trying to stop and embrace this for a minute. I’ve got a great family to help me do that.”

On his brother Adam’s condition and illness being in the public eye, David answered, “He’s doing great. My brother’s illness is his own, and I didn’t want to make him deal with all of this on top of all of that. That was really my motivation going in, to keep it a private issue. I love him to death, and obviously I am behind him.”

The theme of the music that he is going to write: “Lyrically, I’ve always just written from a place of trying to take negative energy and turning it into a positive source. A lot of my songs revolve around “that girl.” I really don’t see any reason to reinvent the wheel now, just kind of keep on doing what I’m doing.”

If he is going to re-release your indie album, “Analog Heart,” or use any of the songs from there on your new record: “I’ve actually submitted some of those songs to be used on this record. We’re going to see where the vibe goes with the new stuff and see if they fit. As far as re-releasing, I don’t think there are any talks right now. That record was great; I had a lot of fun making it, but I’d rather not dwell in the past. I think if the songs fit in with what I’m doing currently, great, but if not, that was just a moment in my life.”