Demi Lovato was asked on Late Night with Jimmy Fallon whether she spoke Spanish. 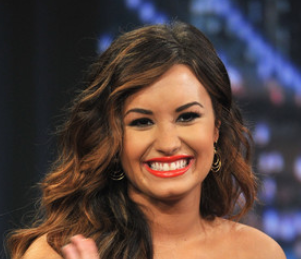 The 19-year-old singer admitted that she couldn’t. She recalled that she previously memorized songs in Spanish. When she decided to sing “This Is Me” in Spanish, she decided to sing half in English and half in Spanish. But her brain would not memorize it so she felt like she might need a teleprompter. Meanwhile, Demi previously received an award for being avorite TV Actress for her role on Sonny With A Chance at the ALMA (American Latino Media Arts) Awards.