Vanessa Hudgens recently updated her official site with a post titled, “The Most Amazing Time of My Life.” 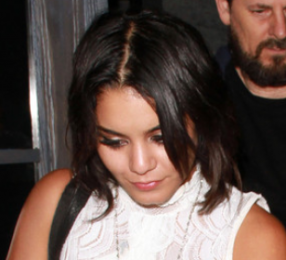 The 21-year-old actress got a picture of her High School Musical co-stars in HSM London premiere, which was sent by a friend the other fay. She revealed that it was her most amazing time of her life and she owe it to her fans. Meanwhile, Vanessa was spotted leaving lunch while sporting all black outfit on September 21 in Los Angeles.