Demi Lovato sparks trouble after tweeting on the election night. 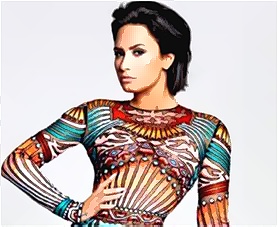 The “Camp Rock” star tweets that sometimes, you have to agree, to disagree and grab some p***y. Her tweet seems to imply the leaked “Access Hollywood” tapes, including Donald Trump’s controversial comments about women in 2005. She deleted her troubling tweet. Then, she made an apology for the joke, which appeared to offend some people, and she explained that she was trying to make “light of the election.” Meanwhile, Demi previously expressed her support Monday for Hillary Clinton and encouraging people to vote regardless of whom they were supporting.