Demi Lovato and Jonas Brothers were spotted having a press conference in San Jose, Costa Rica on October 25. 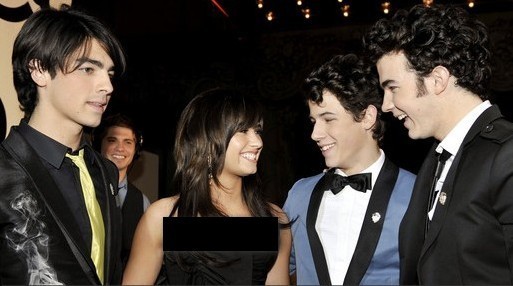 Demi who was sporting brunette hair, smiled as she joined the rockers for hotel conference. The Disney stars had to travel overseas for their “Camp Rock 2” tour, which was scheduled on Tuesday.