Demi Lovato revealed that her new album “Unroken” took her a long time and she felt awesome to be able to release music that she has worked really hard on. 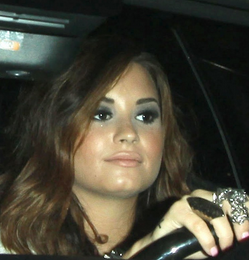 On the support she received from fans, friends and family, the singer felt like there are some people that talked to her on Twitter or text. Kim Kardashian and Selena Gomez, who are really there after Demi went into treatment, were calling her and they meant the world to her.