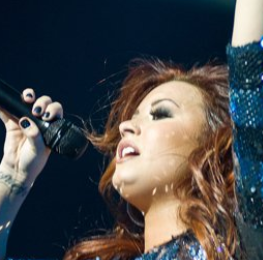 The “Camp Rock” star was overwhelmed with emotion while opening up to the audience about receiving treatment in the Windy City. It was the notes that were posted on her wall from her fans, which helped her deal through that the hard time. It means so much to her that her fans also helped her to make it through her own struggles.