The apology was sent to Philippine broadcaster ABS-CBN’s bureau in the United States and aired here Thursday by its cable news channel, ANC, after protests made by the Manila government. 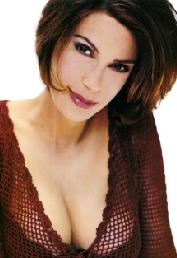 The statement indicated, “The producers of the show and ABC studios offer our sincere apology for any offence caused by the brief reference in the season premier.”

It also indicated, “There was no intent to disparage the integrity of any aspect of the medical community in the Philippines.”

The apology was made a day after President Gloria Arroyo’s office said it considered a portion of the dialogue in an episode aired last weekend as a “racial slur.”

The episode showed actress Teri Hatcher, who plays Susan Mayer, asking during a medical consultation to check “those diplomas because I want to make sure that they’re not from some med school in the Philippines.”

ABC said it remained committed to present “sensitive and respectful images of all communities” featured in its programs.