David and Victoria Beckham were claimed to moan about sitting at the back of Westminster Abbey, according to Queen’s cousin. 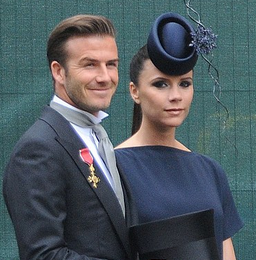 Lady Elizabeth Anson claimed that the Beckhams were also annoyed that they were dropped down the pecking order. But the couple hit back at the claim since they never had any dealings with the Queen’s cousin. The spokesman for the Bckhams felt honored to be at the royal wedding.