Drew Barrymore and Justin Long gushed about their romance when they joined Oprah Winfrey for a chat on Monday. 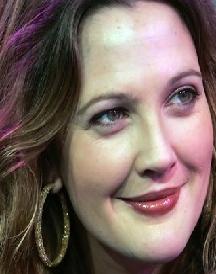 Justin Long sat in the audience as Barrymore was interviewed on the Oprah show but Oprah Winfrey made a point of commenting about Barrymore’s glow.

The actress blushed, looked longingly at her boyfriend and cooed, “I’ve found a best friend and it’s the best.”

When asked what he loved about the actress, Justin Long revealed, “She smells great… she’s the most compassionate person I’ve ever met.”

Drew Barrymore added, “This relationship is great; it’s healthy and it’s productive and it’s supportive and it’s full of humor. “All our friends get along great, which is awesome because we travel together in packs. We’re having an excellent time.”