Rihanna, who is R&B superstar, has quashed rumors that she is dating Chris Brown. 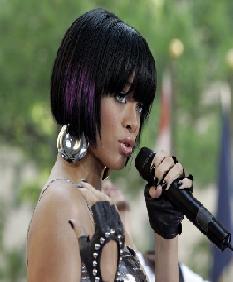 She revealed that she is having too much fun living a single life to have a boyfriend.

The “Umbrella” star has been linked with a whole host of male stars – including music mogul and rival diva Beyoncé Knowles’ partner Jay-Z, who produced her smash hit record.

However, the 20-year-old Bajan beauty denies she is dating anyone at the moment, but states if a “good guy” came along she would reconsider her current single status.

She revealed, “Rumors come with the territory and you can’t help these things.

She added, “I’m single. If a good guy comes along we’ll make it work, but for now I’m having fun being a single woman.”