Duchess Kate seems stuck in traffic while on the school run in London. 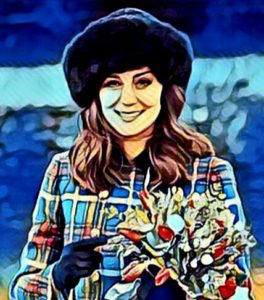 The Duchess of Cambridge is driving her Range Rover and sitting next to a royal bodyguard. Perhaps she is there to pick up her son Prince George, who is studying at Thomas’s Battersea. The pregnant royal waits patiently in traffic on the Kings Road in Chelsea. She does not let the rush hour traffic clearly affects her from being there to meet George at the gate at the end of the day. Her errand happens after having a busy week and attending royal engagements. She previously visited Coventry Cathedral with Prince William. Then she later visited both Great Ormond Street Hospital and Bond Primary School in Mitcham on a solo day of engagements on Wednesday. Meanwhile, Duchess Kate is expected to give birth to the her third child in the spring.