Duchess Kate goes to the St. Mary’s hospital because she is expected to give birth to her second child. 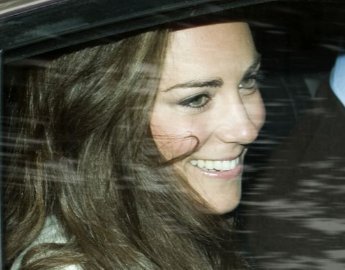 The Duchess of Cambridge is accompanied by Prince William when she travels to the hospital in Paddington, West London from her apartment at Kensington Palace. It is believed that the 33-year-old pregnant beauty may have been induced due to the fact that she is a week overdue. The couple won’t make any comment until they are prepared to announce their new baby’s birth, according to their spokesman. Meanwhile, Prince George is being taken care of by the couple’s nanny.