Duchess Kate revives the popularity of the Scout Association when she becomes a volunteer for the organization. 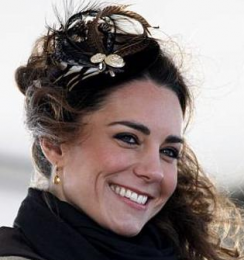 When the Duchess of Cambridge took the role of a volunteer leader in 2012, it was reported that 2,800 adults joining up to become volunteer of the organization. Her several scouting days continues and she manages to boost the profile of the movement. Her support seems to delight Prince Charles, who is thankful after she contribute to the ranks of much-needed Scout volunteers. UK’s chief scout Bear Grylls has also praised the royal’s efforts. Meanwhile, Duchess Kate seems to like mixing high street and designer pieces, choosing Jenny Packham and Alexander McQueen for royal engagements, but dressing down in Topshop and Zara in her free time. It is no surprise that she was asked what is her favorite piece of clothing. She answered in a diplomatic way, she could not pick just one as her most cherished because she had so many amazing pieces in her wardrobe.