Duchess Kate and Prince William have not invited some senior members of the Royal Family since they want the Prince George’s christening to be intimate family affair. 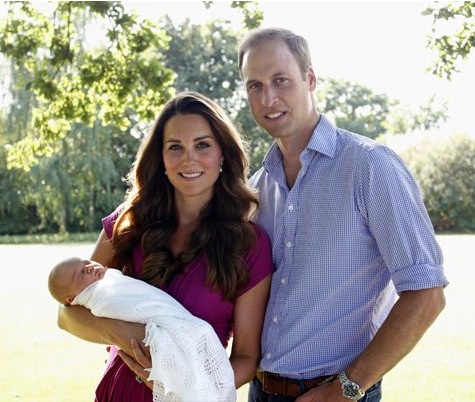 The closest family and friends will be attending the event on October 23 but Prince William’s aunts have been left off the guest list. Prince Andrew and Prince Edward are rumored that they will not attend the event. Although the guest list has not been confirmed, it will include the Queen and Prince Philip, and grandparents Prince Charles and the Duchess Camilla and uncle Prince Harry. Michael and Carole Middleton, sister Pippa and brother James are also due to attend for Duchess Kate’s side. The list of the six chosen godparents has not been revealed but most likely godparent candidates include: William’s longest-serving adviser Jamie Lowther-Pinkerton, best friend Thomas van Straubenzee and ex-royal nanny Tiggy Legge-Bourke. Meanwhile, the royal couple chose to break the royal tradition when they decided to christen their son Chapel Royal in St James’s Palace because it is smaller and more personal compared to Buckingham Palace.