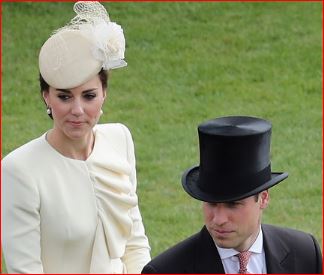 The Duchess of Cambridge is wearing an Alexander McQueen coat, which is the same outfit during Prince George’s christening in 2013. As usual, she matches her outfit with Jane Taylor. The coat is a version of the collarless ruffled blazer from McQueen’s SS12 collection that fits the duchess’ curves. Meanwhile, Duchess Kate joins Prince William for his first Queen’s garden party. They both appear on Buckingham Palace terrace with the Queen. There are 27,000 teas, 20,000 sandwiches and 20,000 cake slices that are served for the event.