James Middleton, who is the brother of Duchess Kate, lands the cover of TYD digital magazine for winter 2015 edition. 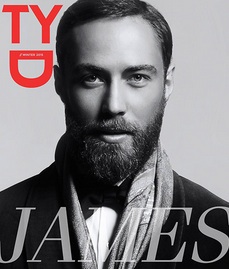 When anyone asks about his sister, the 27-year old younger brother thinks it is annoying and frustrating. Although he works very hard as an entrepreneur and struggle to set aside the impression of being the brother of someone who is important in business situation, he still remains as James. Is there a good thing to be the Duchess of Cambridge’s brother? Yes, a chance to have a nephew and to be the best uncle as possible to the adorable 18-month old Prince George. Readers should find the latest edition of The Young Director’s magazine with simple caption, “James,” to get to know much details about his interview.