Duchess Kate sparks criticism when she does not follow the Time’s Up dress code and arrives at the BAFTAs in a green dress. 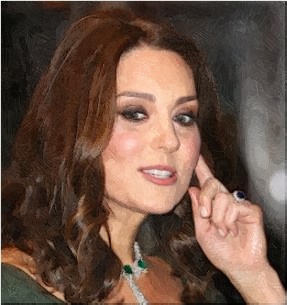 The Duchess of Cambridge is wearing an empire line dress in a deep shade of green while walking on the red carpet outside the Royal Albert Hall. She matches her stunning Jenny Packham dress with a dazzling emerald necklace and earrings. It is expected that the film stars and directors made the one-color statement to show support for the fight against sexual harassment against women in the annual event. The pregnant Duchess is criticized by few people because she does not follow the stars’ decision to wear an all-black outfit. Experts defend her choice because royals only wear black at funerals, so supporting the cause would mean a breach of royal protocol. Maybe the 36-year-old duchess expresses her subtle support to the movement by having a black ribbon tied around her waist, wearing black shoes and carrying the blag bag. Meanwhile, Duchess Kate is accompanied by her husband Prince William in the event. The Duke of Cambridge has been a president of BAFTA since 2010. Although British royal family member is expected to remain neutral and unbiased about making any kind of political statements, the Time’s Up movement is not aligned with any party.