Duchess Kate joined Camilla, Duchess of Cornwall, and Sophie, Countess of Wessex, at the balcony to pay tribute to those who have suffered or died at war on November 13 in London, England. 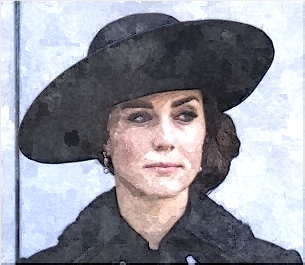 The Duchess of Cambridge was wearing a black Diane von Furstenberg coat, a black hat and three poppies placed to her outerwear while remembering the fallen. She also accessorized her look with her favorite pearl drop earrings. A two-minute silence, which was led by the Queen, was held to honor the war dead while the country’s leaders gathered at the Cenotaph on Remembrance Sunday. Meanwhile, Duchess Kate appeared to leave her royal children, Prince George and Princess Charlotte at home. She also chatted with Duchess of Cornwall after the service.