Nick Jonas could not help not to declare that he is in love when he finally got to meet his newborn niece Valentina. 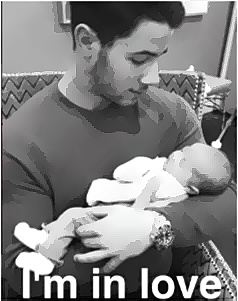 The 24-year-old singer cradled the baby, who was born just 18 days ago and who was named Valentina Angelina Jonas. It was not only the “Jealous” singer who met the precious baby, Joe Jonas also met the newest addition to the Jonas family on November 2. Meanwhile, Nick previously unveiled the music video for his disco song, “Champagne Problems” on November 7. He also replaced Tom Holland on the film, “Jumanji” set last month.