A publicist for Eminem has blasted reports a release date for the hip-hop star’s memoirs “The Way I Am” has been set. 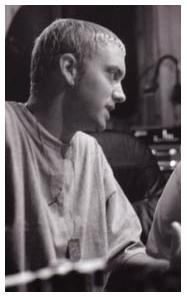 U.K. publisher Orion Books announced Tuesday the rapper’s tome would hit shelves on October 16th and will feature unseen photographs of the Lose Yourself hitmaker as well as journal notes, hand-drawn art, lyric sketches and an introduction written by the star himself.

But Eminem’s spokesperson Dennis Dennehy revealed, “While there is a book in the works from Eminem in which he details certain aspects of his personal and professional life, the book is still in the process of being written and edited.”

She added, “There is no firm release date scheduled, although it is anticipated to arrive in the latter part of this year. It’s unfortunate that someone who does not have intimate knowledge of the book felt compelled to jump the gun on announcing it by delivering partial and inaccurate information.”