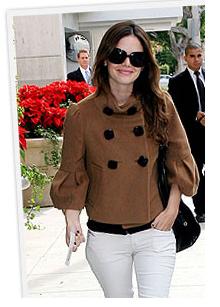 The actress, which shot to fame in “The O.C.” star, has a natural beauty and an innate sex appeal that makes you wish her character dominated the film rather than play a supporting role.

Despite being the prettier, Rachel Bilson and Mischa Barton graced the covers of magazines.

But now Rachel has catapulted into the mainstream following her ‘are they/aren’t they’ relationship with co-star Hayden – after the pair were spotted holding hands together offset.

In an exclusive chat, Rachel spilled the beans about her “attractive” leading man and how she keeps up with her former television cast members by seeing them on the news.

She revealed, “Jumper was so much fun to film, as grueling as it was.”