Emma Watson, who has achieved massive fame through her role as Hermione Granger in the hit wizard films, revealed she gets mobbed by fans everywhere she goes and has had to hide in shops to escape excitable crowds. 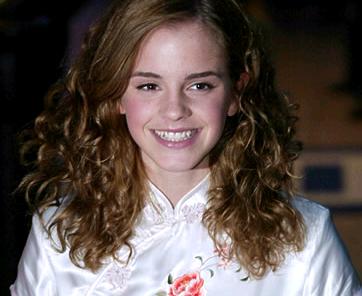 The “Harry Potter” actress said, “Whenever I have tried to lead a normal kind of life it has been very embarrassing because I just get mobbed. I’ve ended up hiding in unexpected places like the computer department in Dixons! “

The 17-year-old star added, “It’s just an uncomfortable experience for everyone really. Sometimes I do miss the fact that I have never really been a normal teenager because I’ve been Hermione for such a long time.”

Emma Watson, who stars as orphan Pauline Fossil in a new adaptation of Noel Streatfeild’s novel “Ballet Shoes,” also confessed she was so “nervous” about starring in her first non-Potter role she almost turned the part down, saying, “It was terrifying, really nerve-wracking. I was so nervous I nearly turned it down. I’m always expected to be found out that I’m not a good actress, and I thought, ‘If I’m no good, now is the time to find out.’ “