Emma Watson, who plays Hermione Grainger, couldn’t believe her eyes when she saw steamy shots of Daniel Radcliffe for an American magazine. 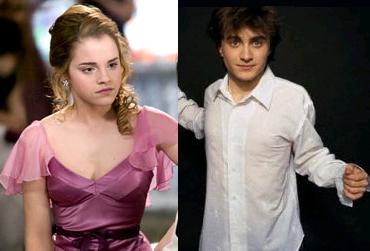 The rough pictures that show a bare-chested Daniel Radcliffe in a leather waistcoat and black hood amazed the young actress.

She revealed, “I saw that and I was like, ‘Hey’… (It’s) the first time I’ve really thought, ‘Ooh, wow, actually he’s pretty good looking.'”

But despite her newfound admiration, the 17-year-old actress insisted that she does not fancy her co-star.

She added, “I know it sounds harsh but… no.”