Salma Hayek, an actress as well as producer, has been named Hollywood’s Sexiest Celebrity. 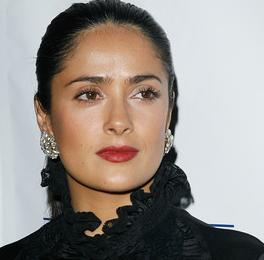 The 40-year-old “Frida” star claimed the top spot after 65% of U.S. people polled said she had sex appeal.

The average star is considered desirable by just 15% of the American public, according to E-Poll Market Research.

Matthew McConaughey, “Sahara” actor, is the highest ranked male with 39 percent, which only secured him 41st position in a female dominated list of 3,000 celebrities.