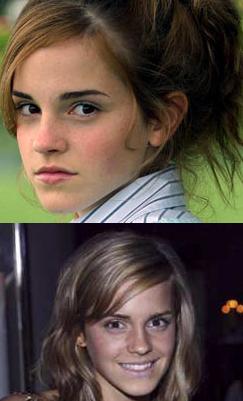 The 17-year-old actress, who plays schoolgirl Hermione Granger in the hit movie franchise about a teen wizard, was seen laughing and joking with the rocker at a party at London’s National Portrait Gallery on February 11.

Emma and Johnny, 27, then shared a taxi to local nightclub Dolce, where fashion designers PPQ hosted a party.

An onlooker revealed, “They looked like they were getting on really well. While nothing happened, there was an obvious chemistry between them.”

Emma Watson was wearing a flesh colored tight strapless mini dress and four-inch black heels. The actress appeared to determine of show how she is maturing into a beautiful young woman.

One partygoer revealed, “Emma looked stunning, but she couldn’t have looked more different to her ‘Harry Potter’ character if she had tried!”