Her pregnancy may have mellowed Angelina Jolie into accepting yet another proposal from partner Brad Pitt that they get married. 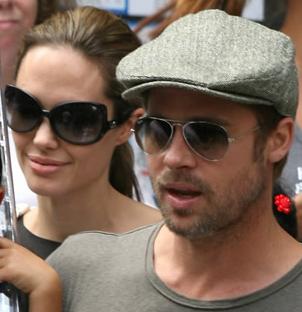 According to a report, Angelina Jolie, who is yet to confirm her pregnancy despite having adjusted her attire to hide a baby bump, has finally relented.

A source said, “In the past when Brad pressed her to get married, Angelina always said no because she was happy with the way things were.”

The source continued, “But when Brad proposed again after they discovered they were having twins, she decided to follow her heart. With the babies on the way, they just felt the time was right.”

The wedding is expected to take at the couple’s beachfront Santa Barbara home in the spring, well before Angelina Jolie’s due date.

The source added, “…it will be a very quiet, private affair with a few friends and close family,” the insider revealed. “Brad’s folks will be there and, of course, Angelina’s brother. But the most important guests will be the children.”