Emma Watson, who got 90% approval of her wardrobe choice in MTV poll, was enthusiastic of having high percentage in the poll. 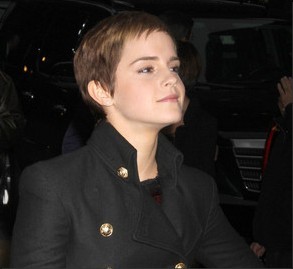 The “Harry Potter” star joked of taking her dress off in order to attain 100% of viewers’ approval. Her next drastic move of hairstyle would be shaving her head.

On having thing left undone with being Hermione Granger, she wished a chance to play Quidditch game so that she could ride a broomstick.