Emma Watson and Prince Harry become the center of dating speculation after Australian magazine claims that they are infatuated with each other. 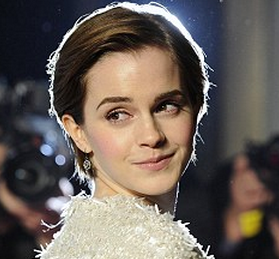 The actress reacts to the rumor and reminds her followers on Twitter that they should not believe everything that is written in the media. And she insists that marrying a Prince is not a requirement for being a Princess. In the same tweet, she insert a link of Alfonso Cuaron’s film, “A Little Princess,” which seems to include a thought: “I am a princess. All girls are.” Meanwhile, Woman’s Day magazine fuels the rumor after suggesting that the two celebrities are having secret dates. They met each other in a party when the prince attended it with a group of 12 friends. Another source claims that the royal sakes the actress, who ends relationship with boyfriend, on a date through email.