With her beauty and success, Emma Watson maybe easy to win boys’ heart. But the actress, who plays Hermione Granger in the “Harry Potter” film franchise, says she is still waiting for her “knight in shiny armor”. 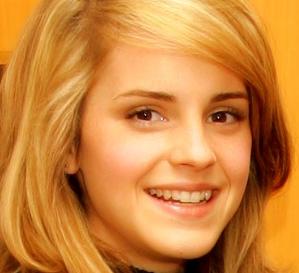 The 18-year-old girl also admits that finding the right guy is difficult, saying: “A good boyfriend is hard to find. There aren’t a lot of gentlemen out there and unfortunately I’m still waiting for my knight in shiny armor.”

Emma furthermore explains the requirement of her ideal man as she revealed: “I’m sure he will come along at some point. Ideally he has to be intelligent, to be interesting, and I have to be able to hold a conversation with him.”

The teen star added: “I don’t want someone who bores me out of my mind. Actually, he will just have to make me laugh, really.”

In another interview, when asked what other hobbies did she has and it was heard that she was pretty good at ping-pong, the actress replied: “My parents played and they’re both really competitive. They never used to let me win, but I got quite good at it. Dan [Radcliffe] and Rupert [Grint] were quite taken aback that I could beat them. I think Rupert took it the worst.”