Vanessa Hudgens has shot down reports she’s set to star in Twilight sequel New Moon as she branded reports of a recent audition “just a rumor”. 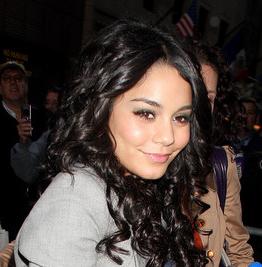 It was claimed earlier this week that Vanessa Hudgens, who shot to fame playing Gabriella Montez in Disney’s smash hit High School Musical series of movies, was gunning for the role of female werewolf Leah Clearwater in the eagerly-awaited second film in Stephenie Meyer’s vampire franchise.

But a representative for Hudgens has dismissed the speculation.

The spokesperson revealed: “I don’t know anything about the audition. As far as I know, it’s just a rumor.”

Meanwhile, Vanessa Hudgens was spotted as she tried her best to hide from the paparazzi but she was still snapped by the photographers when she went to her car.