Emma Watson quit Brown University because she realized she was in denial about her fame. 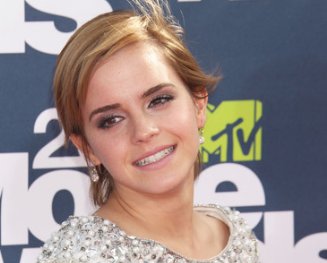 The “Harry Potter” star tried to have a normal education but in the end had to face up to who she was, the position she’s in and what happened. Emma denied that she left because she had been bullied. She insisted that she has never even been asked for an autograph on campus and threw a party for almost 100 students and not a single person put a photo on Facebook.