Emma Watson has broken up with her rugby hunk boyfriend Tom Ducker. 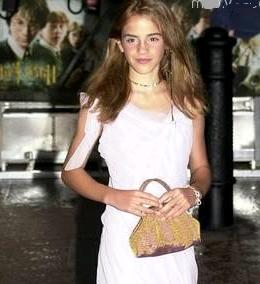 Her friend has revealed that the actress was “distraught” over her split with Ducker, saying, “She is very upset. He was her first love.”

A spokesman for the teenage actress has revealed that the couple broke up because the magic was lost in their relationship.

The spokesman revealed, “They just drifted apart as teenagers do. Emma is now just concentrating on her A-levels and the new film.”

The couple started dating in the beginning of this year and their romance went from strength to strength as she whisked him to the French Riviera for a holiday this summer.

The friends of the “Harry Potter” actress claimed that she dumped Tom Ducker after seeing pictures on a website of him with a string of teenagers at a party. However, some sources said that the pair had already split when the photos were taken.