Erin Andrews decided to refile her $10 million lawsuit since her privacy was completely violated during a hotel room camera scandal. 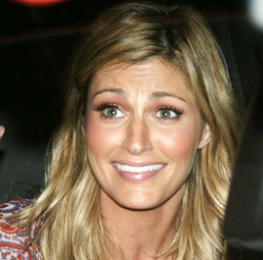 The ESPN reporter sought $6 million from the West End Marriott (plus costs and interests) and another $4 million from Michael Barrett, the man who plead guilty to stalking her. She resubmitted the lawsuit to make sure that the the statute of limitations did not run out.