A new trailer for “The Lucky One” has been released to inform the theatergoers what they’ll about to expect. 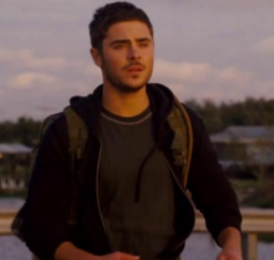 The drama film, which will be released on April 20, 2012, starred Zac Efron, Taylor Schilling, Blythe Danner, Jay R Ferguson and Riley Thomas Stewart. It is based on Nicholas Sparks best-seller book, the movie was directed by Scott Hicks. And the story followed Zac’s character, who traveled to North Carolina after serving in Iraq and searches for the unknown woman.